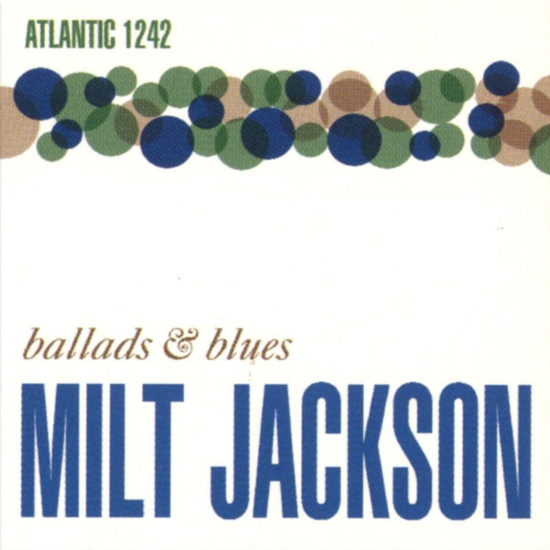 Whenever Milt Jackson could free himself from the ‘bondage’ of the Modern Jazz Quartet and its assertive leader John Lewis, he dedicated himself to his two great passions: ballads and the blues. That was precisely the case when he entered the famous Rudy van Gelder Studio in Hackensack, New Jersey, USA in 1956. He was free to choose his sidemen, and money was no object, which is why various formations gathered in the studio for the three recording sessions. With Lucky Thompson on the tenor sax (unfortunately for only three numbers), Barry Galbraith, Barney Kessel or Skeeter Best on the guitar, Oscar Pettiford or Percy Heath on the bass, together with Kenny Clarke or Lawrence Marable on the drums, he set off on a journey through the history of jazz. John Lewis stayed unobtrusively in the background and offered ‘Bags’ (as Milt was known) plenty of opportunities to glory in soloistic freedom.

The themes were soon found: the musical composers Cole Porter, Irving Berlin and Jerome Kern, as well as a work from The Duke Ellington Songbook, formed a basis upon which all the musicians could perform with confidence. Three compositions by Milt Jackson himself proved that he too was full of imagination.
If you don’t possess this LP – or maybe none by Milt Jackson – here is an opportunity to remedy this shortcoming. The present author would award this recording 5 out of 5 possible stars!