In Concert Volume One & Two 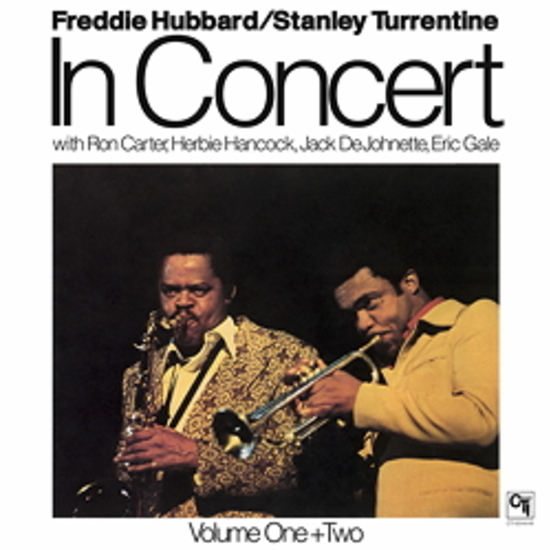 In Concert Volume One & Two

The producer was certainly on the ball when he recorded a concert with CTI stars on a short tour of the USA in 1973. Thus the beginning of the jazz-rock era was documented in jazz’s country of origin. Liberated from the often-sterile atmosphere in a studio, Freddie Hubbard, Stanley Turrentine and friends (here also without a sometimes stifling studio band) could exhibit their amazing improvisational talents as soloists in lengthy works. This was greatly facilitated by the groove conjured up by Herbie Hancock, Ron Carter and Jack deJohnette – who had all profited from Miles Davis’s tutoring. And let’s not forget Larry Gale, a not unknown or bad guitarist, who transported hot Jamaican rhythm to the wintery Chicago and Detroit.

To release both versions of “Gibraltar” and “Hornets” is certainly justifiable and is hardly worth discussing, keeping in mind the greatness of the improvising soloists. (You could, for example, listen to one version on Sunday and the other on Monday!) It also makes sense to offer the two LPs, originally released separately, together, since they both deliver an important testimony of the years between 1970 and 1975 – a time when jazz aficionados of the old school were shaken to their foundations by the new electric instruments, the loudness and the fire of the new generation of musicians. Back in those days, some will have covered their ears in horror, but this is no longer ‘in’ 45 years later. This jazz was never a ‘no go’ and it will never be.