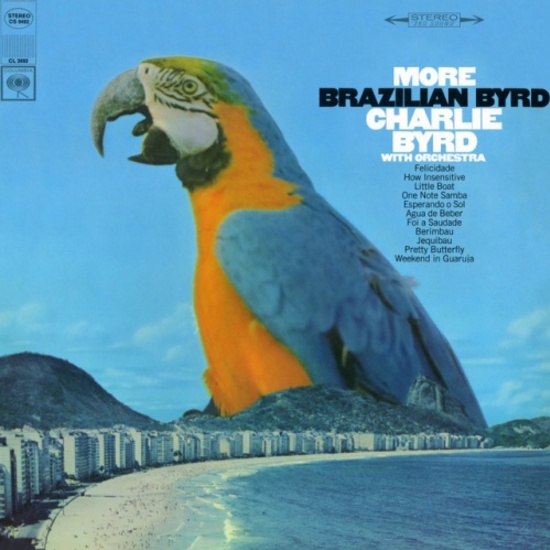 Immortal samba, and its rhythmic relatives, is on the one hand so undemanding that it manages to take off with the simplest of instruments, yet on the other hand it is so concentrated that it can conjure up all manner of fantastic sound colouring.
With regard to these sessions that were recorded in the Sixties, when bossa nova found its way to the USA, the record bosses gathered together a superb array of musicians. Influenced by a classical training on the guitar, Byrd’s guitar playing weaves its way through the complicated but always lightweight arrangements. The “One Note Samba”, with its intentional monotony, is performed nonchalantly yet does not lack verve; the “Weekend In Guaruja” is filled with sunshine and high spirits. The ensemble plays with great variance and well-measured phrases on the winds while cracking shots from the drum set mark the unwavering rhythm to which Byrd lets his guitar strings dance.

This blissfully harmonious interplay works equally as well in the small ensemble around the solo guitar (“Little Boat”) as in the rich sequence of chords which ascend airily and delightfully aimlessly (“Pretty Butterfly”). And as a perfect ending we have once again a lush, full sound on the drums and trumpets (“Foi A Saudade”). It’s well nigh impossible not to be carried away by this thrilling roller-coaster ride.