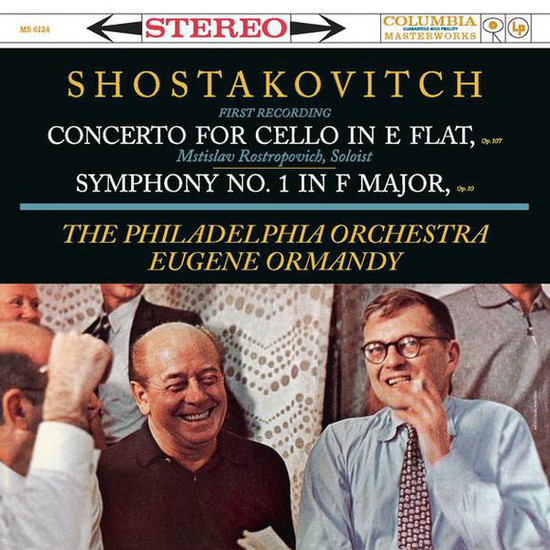 That every beginning has its magic may almost have become forgotten these days, when true world premieres of musical works are almost non-existent. But this special magic still remains in the present recording of Shostakovich’s Cello Concerto No. 1, which was first heard with these artists in 1959. Shostakovich dedicated the work to his friend Mstislav Rostropovich who committed the virtuoso solo part to memory in only four days, before the concert took place. The cellist tackles the work dauntlessly right from the beginning and swirls the burlesque staccatos through space. With a lovely sound and quite in accordance with the title of the movement, “Espressivo”, the soloist lets the melody breathe, supported by wonderfully sonorous orchestral writing, answered by calls on the solo horn.
The Finale makes itself heard with a robust inflection, which the soloist counters with an imperturbable steadfastness of rhythm that not only demands refinement but also playing in the top regions and double-stopped harmonics.

That this recording is indisputably a work of reference is underlined by its coupling with the First Symphony, which is well worth listening to. Shostakovich composed this work as his graduation piece at the Leningrad Conservatory more than 30 years earlier.