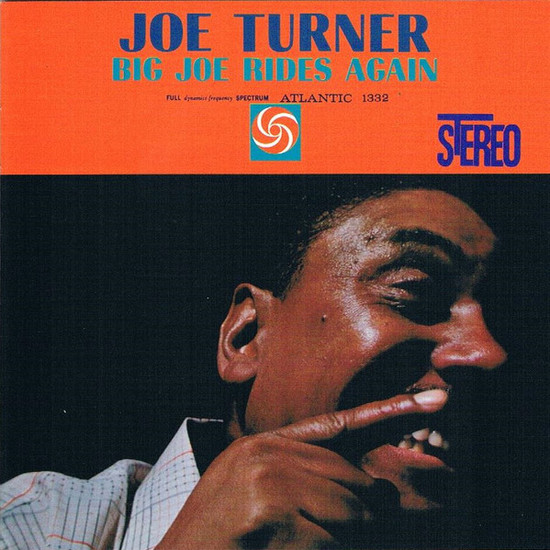 That the experts inducted ‘Big Joe’ Turner into the Blues Hall of Fame in 1983, i.e. during his lifetime, is surely in order when one considers how he expressed his attitude to life with his 12-bar stylistic freedom. That he was additionally honoured by being posthumously inducted into the Rock and Roll Hall of Fame, however, makes one wonder whether the incorruptible experts had made a mistake. No matter what: this giant of a man with his big, gentle voice had certainly earned a place of honour in the era of swing as well.

Turner, who appeared on stage with Goodman, Ellington, Tatum and – in later years – with Gillespie and Eldridge, offers his listeners many facets of the blues. The opening number, “Switchin’ In The Kitchen”, is a fairly fast boogie-woogie where the vocal swings freely with sharp blasts in the background. Other swinging numbers, in which jazz champions such as Coleman Hawkins and Ernie Royal perform solos, include several ballad-like evergreens (“Pennies From Heaven”), which Turner and his band elaborate to become an imposing aria (“Until The Real Thing Comes Along”).

The grooves of this LP are distinguished by means of the open, unfiltered Atlantic sound. The saxophone solos in particular, complete with the clicking of the valves and blowing noise, give one the feeling that the soloist is performing in your living room.