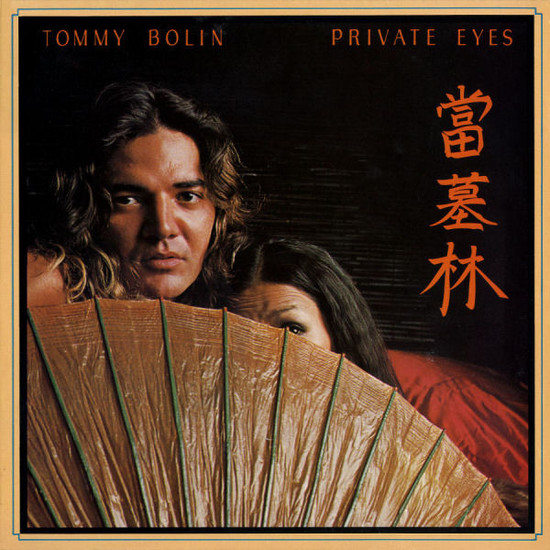 In the course of his sadly short life, Tommy Bolin was at least granted eight productive years during which he was able to contribute to what was probably the most innovative era of rock’n’roll. His outstanding skill on the guitar brought him legendary status during his lifetime when he replaced the – in many ways – unique Ritchie Blackmore as frontman with Deep Purple. Jon Lord, keyboarder with the group, once described Bolin as a »beautiful lost soul«, and as such he allows one a very private glimpse into his musical perspective in his second and final album.

This is certainly dualistic: in numbers such as “Post Toastee” and “Shake The Devil” Bolin sings about drug problems in a dry rocker style that is enhanced by his superb guitar playing. But this hard rocker shows just how stylistically assured he is in more gentle realms, as in the highly melodic ballad “Sweet Burgundy”, which makes for enjoyable listening. Bolin’s subtle fingering creates a natural and electrifying “Gypsy Soul” and his “Hello, Again” is narrated softly to the sound of old-fashioned strings and winds. The relaxed tone of the recording is quite typical of the notions of sound at that time and reminds one yet again that the great voices of rock are now heard in heaven.