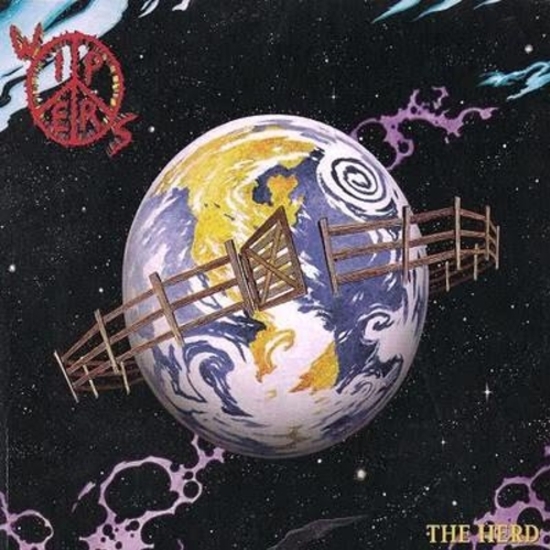 The impact of the early Wipers records on the musical scene of the 1990’s cannot be overemphasized. The majority of popular music was steeped in their influence, leaving the Wipers in the unenviable position of attempting to find solid footing in the landscape they had forged. After 1993’s slow, haunting and introspective Silver Sail, Sage and crew returned to the classic Wipers sound with The Herd.

Originally issued in 1996 on Tim/Kerr (and nearly impossible to find on vinyl for over a decade) the album is fast, fuzzy and moody. Drenched in rocket-fuel guitar tones, the paranoid beauty that spilled forth from the early recordings resonates on blasts such as “Green Light Legion” and “No Safe Place”. On The Herd’s slower pieces, such as “Wind The Clock Slowly”, Sage’s urgent and virtuosic leads peel away at the psyche leaving only underlying and once hidden truths.

Even as the most successful bands of the time were raking in mountains of money ripping off the Wipers, Sage and his band were crafting something new, unexpected and powerful.

Something that evokes such musical excitement that it borders on panic. 17 years and 10 studio albums later, that feeling so prevalent on the first record is masterfully woven into the very fabric of The Herd. – Jackpot Records