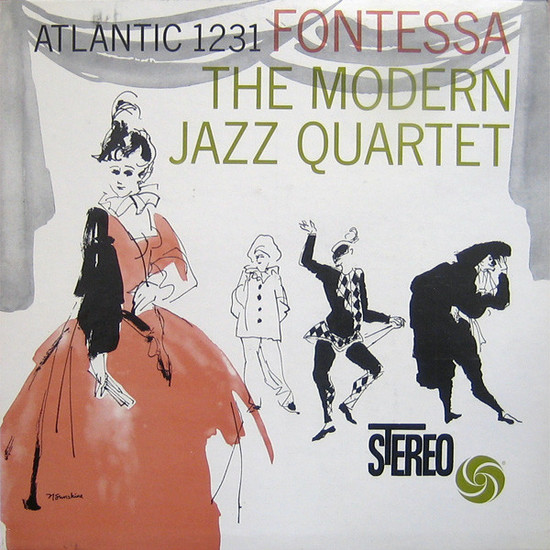 And what’s more, blues is also to be heard – and bebop! And evergreens from the Broadway shows of the Thirties too!

In contrast to some of the other rather more dawdling and laid-back MJQ LPs, “Fontessa” offers diversified and intense music. Nothing is routine, perhaps because the drummer Connie Kay had replaced Kenny Clark just one year previously. But maybe too because Milt Jackson’s blues influence inspired John Lewis perceptibly to forget all about discipline. All seven numbers are true gems. But if you want a special hint, just listen to “Bluesology”. Well, perhaps the present author is too much of a Milt Jackson fan. Be that as it may, the music magazine “Rolling Stone” gave this LP a five-star rating!