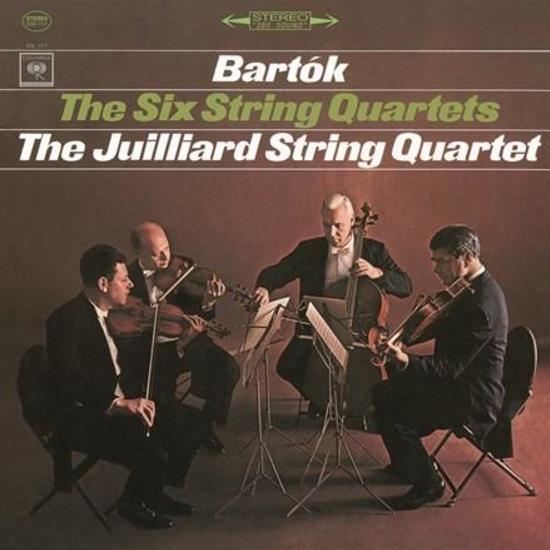 Throughout the ages, the string quartet with its usual forces has always been regarded as the crowning discipline among all forms of composition. Poetically described by Carl Maria von Weber as the »nude of musical art« and by Goethe as a »cultured conversation among equals«, the genre reflects the creative art of important composers from the Viennese Classicism right up to modern times.

Bartók’s six String Quartets, written over the span of roughly 30 years, demonstrate his development as a composer in the purest form. »In the Quartets,« stated Bartók, »I condense to the extreme.« In the very first quartet, which is orientated on traditional formal structures, Bartók travels down his own path by lending different weight to the various formal sections, rejecting repeats, and joining the movements together by means of bridging passages.

The second quartet is exemplary for its intentional distance from the Romantic in favour of a composition based on simple folksongs, in which Bartók attempts to grasp the folk sound in his compositional structures, whereby he never quite disregards the tonal rules but certainly begins to free himself from them.

The new richness in the third quartet with regard to counterpoint, melody and harmony as well as tone, is described by the sociologist and composer Theodor W. Adorno – with allusion to the musical creativity of the Hungarian peasants – as a »tent camp of improvisation«, which ventures here and there towards the avant-garde. As a contrast, the fourth quartet is almost relaxed in tone, the form and compositional technique is simple and uncomplicated in expression (Ludwig Finscher). For the first time, Bartók employs his idea of an ‘arch’ structure in which Hungarian folklore and the classical-romantic chamber-music forms are amalgamated. Like the fourth, the fifth quartet is also written in arch form, but in contrast to the fourth it is more cheerful and transparent. The sixth and final quartet was the last piece that Bartók wrote in Hungary before emigrating to the United States of America. All four movements have a mesto introduction, which induce a melancholy mood and seem to reflect the composer’s personal circumstances.

The Juilliard Quartet was the very first American ensemble to record the six quartets in roughly 1950, and they took up the challenge to record the works once again in the middle of the 60s, in order to give each of the unique works a conclusive performance. With firm bowing, and a dry and direct tone, the musicians dissect the substantial power of these works to reflect all the different aspects of the manuscripts.