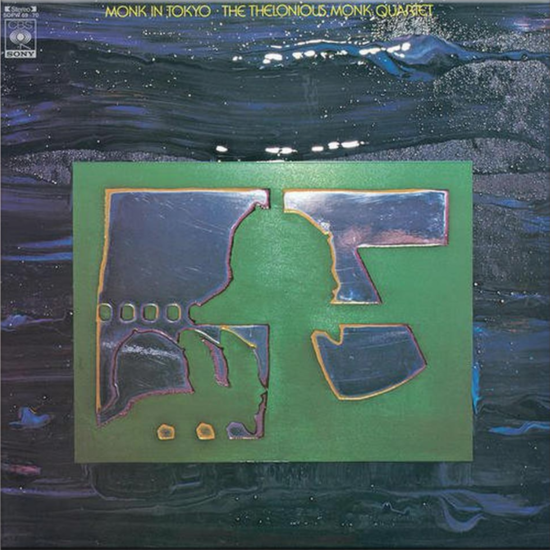 When this double album appeared on the shelves in the jazz section in the 1970s, the ‘Monk’ had all but disappeared from the scene. Concerts? Far from it! Something new from the studio? No way! All attempts by various managers, festival organisers and club owners to entice Monk away from the tv set in his living room to perform old or new works on the world’s stages fell on deaf ears.
The 1963 tour with appearances in Japan and the resulting album offered the same old works, but the solidly played favourites such as “Just A Gigolo” or “I’m Gettin’ Sentimental Over You” made the audience and record collectors alike sit up and listen. And weren’t “Blue Monk”, “Epistrophy” and “Bemsha Swing” old favourites too – often played and often heard?

Happy memories, then, for those Japanese fans who were in Tokyo’s Sankei Hall on 21 May 1963! And happy listeners in 2016 too, when they add this LP to their collection. What more does a Monk fan (and who isn’t) want?