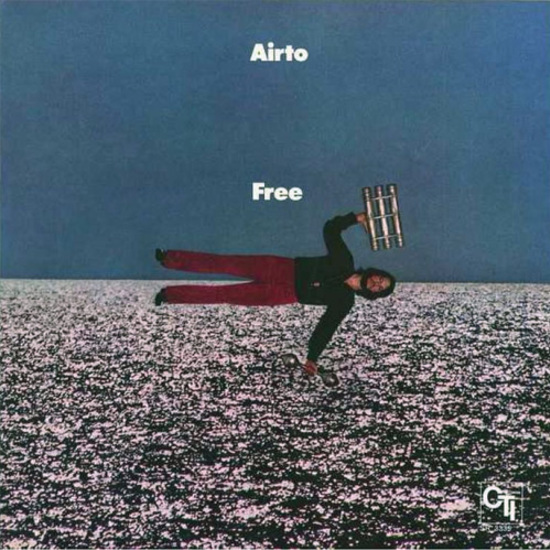 At a time when mainstream music was being amalgamated with intellectual, experiment sounds, harmonies and rhythms to create underground fusion, astute readers of the DownBeat magazine observed in 1972 that drummers were creating their own category: Percussion.

For his first big project with the noncommittal yet promising title “Free”, the drummer and percussionist Airto Moreira gathered together several innovative jazz musicians – first and foremost Chick Corea. Chick steps into the limelight in “Return To Forever”, with its mystical, genial introductory melody, which plants itself deep down in the convolutions of the brain, rather like a siren’s fusion song. Moreira is totally concentrated on his own thing in “Free”, an awesome improvisation with innumerable rhythms and both brilliant and subdued sound-colouring whereby time is tautened and then stretched again and again. Alongside this closely-knit performance we find intense pieces such as “Flora’s Song”, a light and airy Latin number (“Lucky Southern”), and a bebop Brasilian mood (“Creek”). This is music created by free thinkers who are masters of their craft.