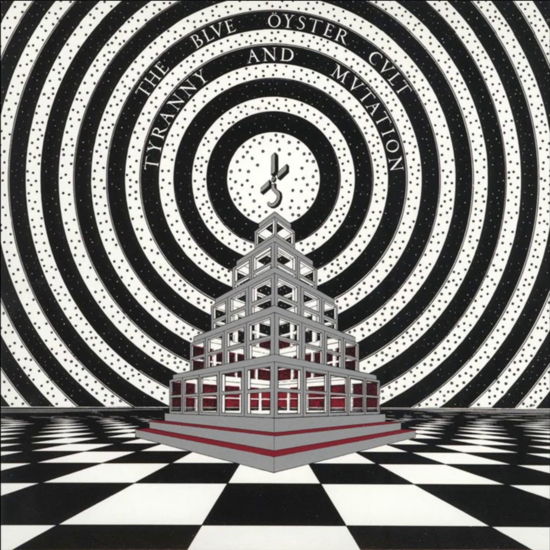 Let’s look back nostalgically to the days when influential DJs presented their precious wares on the radio, which were lapped up by listeners and music pirates alike. That progressive, perhaps psycho, rockers such as the Blue Öyster Cult led a somewhat niche existence makes one all the more eager to listen to the truly awesome discs recorded by this group in their early days. An important start was made with the re-release of BÖC’s “Secret Treaties” (Columbia KC 32858), which is now followed by “Tyranny And Mutation” – another great disc. Although the band offers a mix of slightly subdued, milder pieces, the opening number “The Red & The Black” makes it fully clear that we are in for a dizzy roller-coaster ride here. Subsequently the Black side with its straightforward guitar riffs is mixed together with a complex melody and results in an amazingly colourful sound (“O.D.’d On Life Itself”), it is refreshingly naive, full of feisty complicated rock (“Baby Ice Dog”), and soars to celestial heights in “Wings Wetted Down” with its polyphonic male voices.

After the death of ‘Lemmy’ Kilmister in 2015, we can now enjoy only one group with a heavy-metal Umlaut in its name. But who wants to wait around until some radio DJ puts this great chunk of meaty rock’n’roll on the turntable?