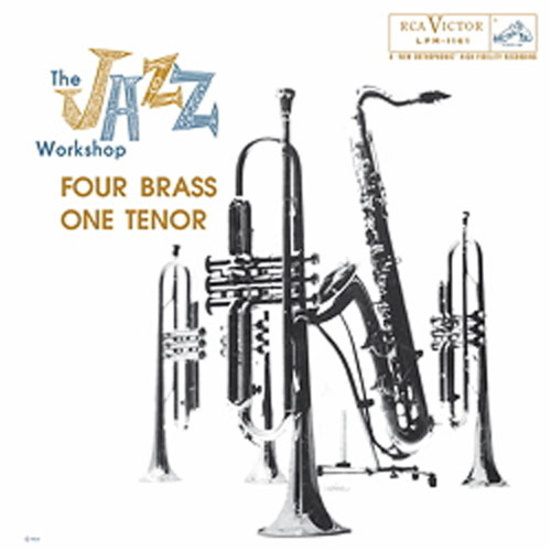 As a soloist, Al Cohn was not such an inspired tenor sax player as his colleague Zoot Sims. But he was a superb arranger, an unprofitable yet highly important function when it comes to such workshops. And though Manny Albam also played the baritone sax, his real instrument was the pen. He arranged not only jazz, but also film music and musicals. His arrangements were multi-facetted and tailormade to suit the accomplishments of the individual instrumentalists.

For this particular “Jazz Workshop”, the record company RCA-Victor could afford the services of excellent session musicians: Joe Newman and Freddie Green came from the Basie Band, Al Cohn, Bernie Glow, and Nick Travis from the Woody Herman Band, and the studio musicians Dick Katz, Buddy Jones and Osie Johnson were present at all times of day and night anyway.

As long as you don’t expect fierce battles between five tenors, or six tweeters on the trumpet, then you will enjoy this LP with its swinging, relaxed improvisations on such works as “Rosetta”, “Linger Awhile”, and “I’m Coming Virginia” – and you will realise that Lester Young’s sound has been heard, cultivated and further developed by these musicians.

Four trumpets, a tenor sax, and then a piano, guitar, bass and drums into the bargain – that’s certainly no common ensemble, but it certainly is a good reason to purchase this LP. And for certain, this album has been missing in your collection to this day.