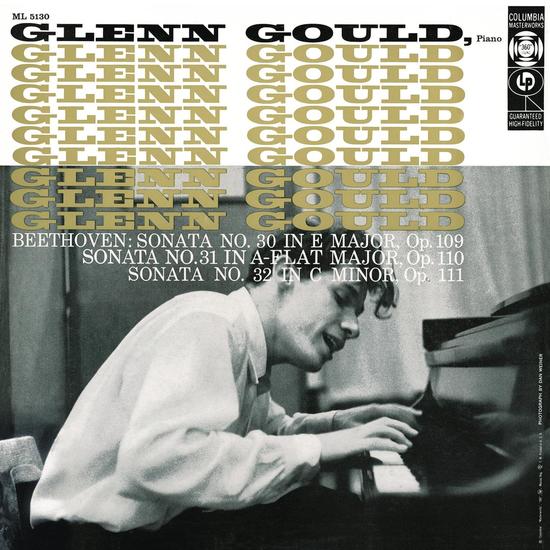 Myths abound when it comes to the late works of important composers. It is debatable as to whether this is due to their timelessness, or their often extensive form, which makes great demands on the listener, or simply the supreme skill with regard to the composer’s own musical language, which is demonstrated in mature works. It is commonly understood that a performer of late works should treat them with due respect and possess an exceptional command of his instrument. But not so with Glenn Gould, who at the tender age of 23, shortly after his recording debut for the Columbia label of Bach’s Goldberg Variations, dared to perform Beethoven’s last three Piano Sonatas.

Gould, as always analytical, yet supremely flowing, carves out the tightly-knit contrapuntal structure of the fast movements. The slow movements are finely perceived though free of contemplative sentiment and waft gently through the air, here somewhat drily dabbed at, then again singing and full of round, melodious piano sound. Bar for bar it is noticeable that the young Gould knows exactly what he is doing and with whom he is dealing. Here in the hands of this young maestro Beethoven’s spirit is certainly compelling and intoxicating.