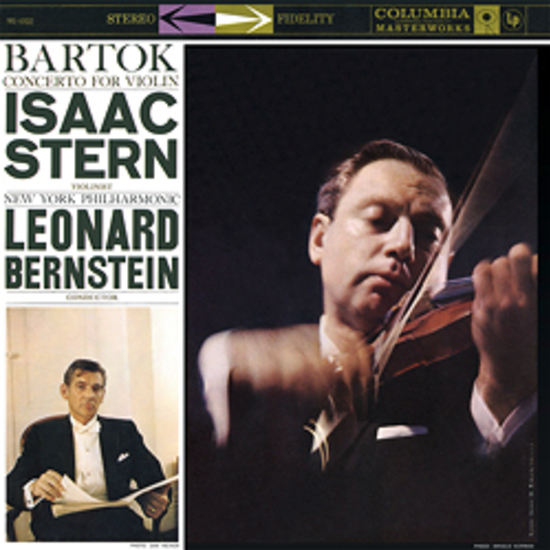 Bartók’s Second Violin Concerto combines a potent mixture of traditional concerto writing, compositional history and biographical upheavals. It was one of the last works he wrote before emigrating to the USA, and its classical three-movement form unites a mature feeling for form, sparkling musicality and exceptional violinistic sophistication.

Bartók employs the inexhaustible sources of tonal writing with superb mastery to produce his own distinctive tonal language. In his dissonantly sharpened, expressive, even audacious music one can recognise peasant dance, cantilena, variation movement, rondo form, and twelve-tone themes, which however remain tonal.

During his career spanning 60 years Isaac Stern recorded this major contemporary work several times and demonstrates once again his superb mastery of his instrument in this particular recording. With bravura he conjures up eruptive snatches of melody out of the rhapsodic depths, allows the slow movement to glow with pastoral sentiment, and tears through the vast variations finale with a perfect command of the score, his instrument and his creative prowess.