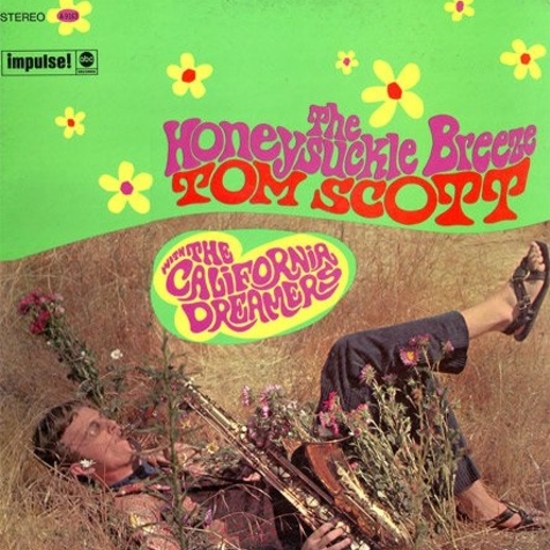 Get On Down
GET54037
BUYING OPTIONS
CHOOSE FORMAT

Before he developed into a star composer and arranger, Tom Scott was an ambitious 19 year-old saxophonist looking for his big break in 1967. The opportunity came when legendary jazz label Impulse paired Scott with 9-piece vocal group The California Dreamers and allowed the young musician to take the helm as a band leader, with The Honeysuckle Breeze as the spectacular result.

Resurrected and refurbished by the reissue specialists at Get On Down, Scott’s debut record receives the deluxe treatment upon its long awaited return to vinyl. This special release is pressed on 150 gram vinyl for optimum audio quality and is presented in a paste-on gatefold packaging featuring high-gloss artwork reproduced from the original
jacket design.