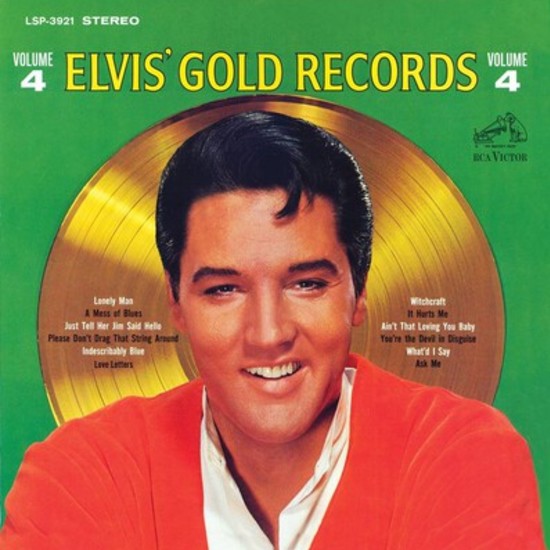 At first sight, it does not look as though Elvis’s 31st album was destined to be a hit. But if you take a look at his artistic biography in the year of its release – 1968 – then you will recognise the clever gimmicks that his wide-awake management employed to captivate rock ‘n’ roll fans when Elvis was somewhat ‘stiff in the hips’. In this fourth Gold Edition, a tried and tested method was used to create a new LP: namely, a compilation of single hits from the years 1961 to 1967. The result was just what fans wanted! Alongside sentimental songs such as “Love Letters”, the tearjerker “Lonely Man” and the sobbing, heartstring tugging ballad “It Hurts Me”, we find spirited rock ‘n’ roll (“Witchcraft”, “Ain’t That Loving You Baby”) and honky-tonk blues (“A Mess Of Blues”) in a toned-down 12-beat measure. In contrast, “Don’t Drag That String Around” is cheerful, light and springy and, – for a change – not a blues number.

Then we have the country song “Devil In Disguise” with its angry lyrics, and the soul title “What’d I Say” by Ray Charles with an electric sound that is lent by the Rhodes piano. All in all, this LP is a great collection from the grand old days of rock ‘n’ roll.