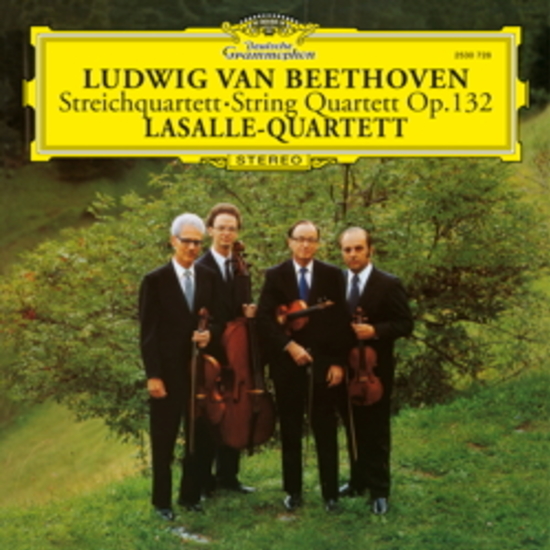 Beethoven’s lifelong occupation and pioneering work with the string quartet can be divided up into three creative phases. Beginning with the youthful, fresh Quartets op. 18 which soon became highly popular with the public shortly after their composition, then on to the compact and intensive sounding Quartets op. 59, Beethoven continued to develop his style right up to his late period between 1822 and 1826. The opinions of his contemporaries of his late works range from »extremely moving and haunting« to »Chinese« and show that the rhapsodic style was considered alien and wilful, and the structure of the various movements a cause for bafflement.

In the Quartet in A minor, most attention is focussed on the slow movement, which Beethoven headed with the words “Heiliger Dankgesang” (“Holy song of thanksgiving”). The movement with its hymnal melody is fully in the tradition of a protestant chorale, but this sacred grandeur is twice contrasted with optimistic, dance-like sections, “Neue Kraft fühlend” (“feeling new strength”).
In the meantime, the world-famous LaSalle Quartet has gone down in history; their superb sound, fine intonation and unerring understanding of the highly sensitive late Beethoven is now brought to life once again on this recording.