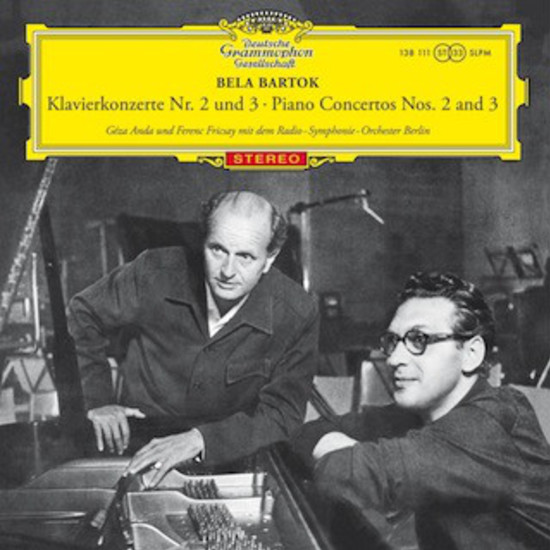 Bartók wanted his Second Piano Concerto to be understood as a contrast to his harsh and – for the orchestra – extremely difficult First Piano Concerto. But notwithstanding its more easily understandable theme, this work too was composed using strict classical sonata form. With a bright atmosphere, fired on by the sound of trumpets, the theme of the first movement forges ahead and sets the course for the whole work. Lively exuberance and a committed interplay between the soloist and orchestra result in a work that is wholly positive throughout and which remains full of energy yet bell-like and accessible right up to the final movement.

Bartok composed his third and final piano concerto in the year of his death –1945. However, the work in no way possesses a mood of demise but breathes a worldly-wise, cheerful, and mellowed atmosphere. Delightfully audible melodies, with a chorale-like grandeur in the middle movement, are woven into a rhythmically lively but well-rounded and flowing movement structure.

With these two piano concertos, Géza Anda and the RSO Berlin led by the legendary Ferenc Fricsay, complete their great artistic achievement, which began with the recording of Bartók’s Rhapsody op. 1 and his First Piano Concerto (DGG 138 708). For anyone who possesses just one of these two LPs, the other is absolutely essential.