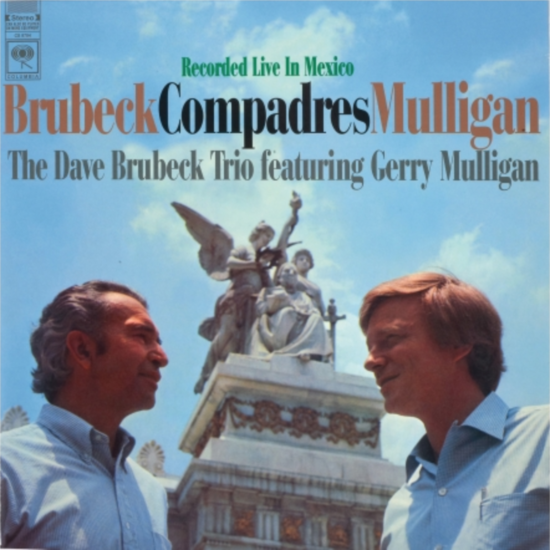 To this day, the typical sound colouring of the Dave Brubeck Quartet is quite distinctive and unmistakable thanks to Paul Desmond’s tenor saxophone. But Gerry Mulligan’s low-pitched horn and his restrained swing also offers enough appeal to make one want to listen to these somewhat less popular but – for all that – very worthwhile recording by the Quartet.

The Quartet’s concert tour of Mexico’s major cities in 1968 was a great success and so Dave Brubeck’s recording company had no qualms in making live recordings of the group – complemented by bassist Jack Six and drummer Alan Dawson. Themes from indigenous folk music were skilfully coupled with new compositions with the result that the LP Compadres with its concert excerpts was in great demand and became a top hit.

This carefully remastered new pressing will certainly contribute to the popularity of Dave Brubeck and Gerry Mulligan long after their demise.