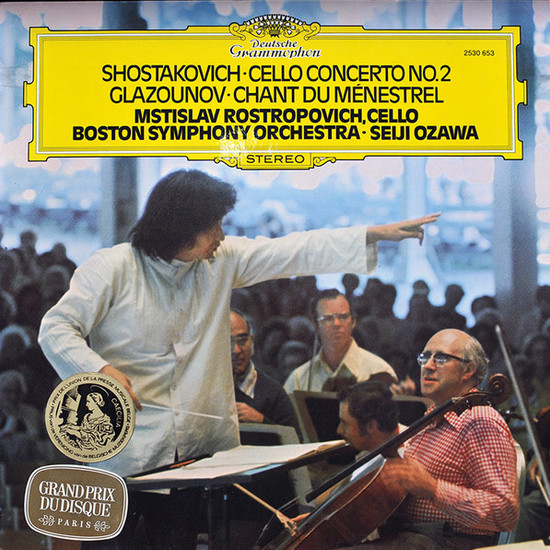 The world of music expects something special from the dedicatees of major compositions, especially when the honoured person himself performs the work either on stage or in the recording studio. Among such personages is Mstislav Rostropovich, the great maestro of the cello, who studied and successfully collaborated with Dmitri Shostakovich while still a student at the Moscow Conservatory and who later gave the premiere performances of his Cello Concertos.

The Cello Concerto No. 2 from 1966 was composed around the same time as the highly emotional choral Symphonies Nos. 13 and 14 and displays a similar character of gloom and grim drama. The soloist presents the dark theme out of the depths and soon enters into brighter regions full of aggressive layers of sound. A wild conflict between soloist and orchestra follows, whereby the forced gaiety of the cello rages.

As a contrast, the soloist is in perfect harmony with the piano in Glazunov’s “Chant du Ménestrel”. Supported by warm chords, Rostropovich lets his instrument soar to the heights in a cultivated and thoughtful fashion and proves once again that he is truly a great interpreter of Russian music.