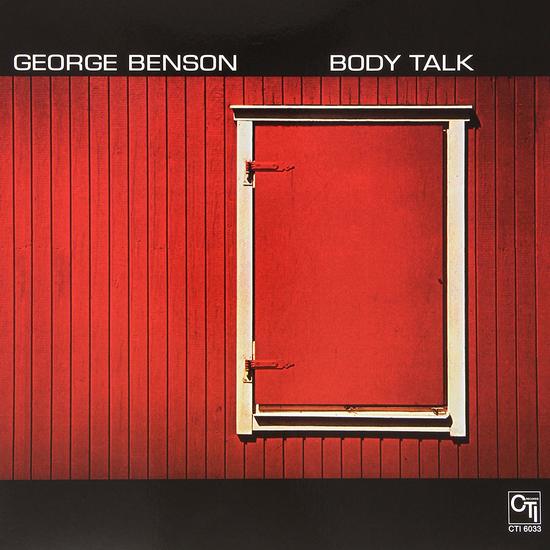 Just listen to the first thirty seconds of this LP and you know that it’s all about the ‘Godfather of Soul’ – the unique James Brown.

But it’s just as obvious that such a great artist as George Benson doesn’t just present “Greatest Hits” in a new guise. Six of his own compositions plus one by Donny Hathaway/Gene McDaniels provide the guitarist and singer with a great platform to launch from. He shoots off into orbit, accompanied by first-class guest soloists such as Jon Faddis, Frank Foster, Earl Klugh and Jack DeJohnnette. Ron Carter’s bass doesn’t boom in the low register but offers a light and airy, yet solid, base.

“Body Talk” is by no means the declaration of a world-shaking, new and avant-garde jazz. It is, however, a successful blend of jazz, soul and fusion. And when such a superb arranger as Pee Wee Ellis has his finger in the pie – or rather: his pen on the manuscript paper – then one can be sure that the almost 50-minute-long LP is a great success from beginning to end. Finally, one shouldn’t forget the helping hand of the producer Creed Taylor, who made a significant contribution to this milestone on the CTI label.