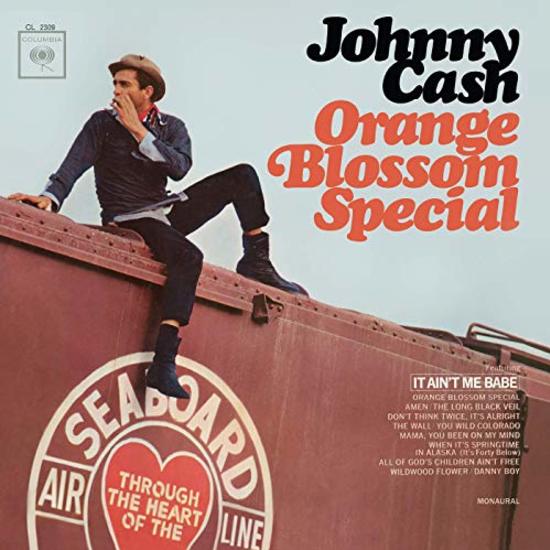 Just like the often sung-about fellow locomotives ‘Midnight Special’ and the ‘Chattenooga Choo Choo’, the ‘Orange Blossom Special’ finds itself bathed in the very best tradition of American long-distance trains and memorable journeys. Puffing steam trains symbolise an atmosphere of departure, endurance and the mechanical pulse beat of profit-oriented industrialisation, while also conjuring up the spirit of down-and-outs who tramp from one end of the country to the other along the railtracks, dodging train fares.

Almost guilelessly at first, the album number 20 forged ahead into the hearts and hips of Cash fans with old favourites and climbed to number three in the Country charts. If you listen carefully, you will notice that three top Bob Dylan songs have crept in – “It Ain’t Me Babe”, “Mama, You’ve Been On My Mind” and “Don’t Think Twice, It’s All Right”. Dylan, who in his early years was far from enjoying cult status and was condemned a godless troublemaker, communist and traitor to folk music, found a perspicacious patron in Cash. In no uncertain terms, Cash demanded that Dylan’s critics should »Shut up! … and let him sing!« and even sang Dylan himself. This present LP is not merely a perfectly produced Country album by the Man In Black, but a traction engine for the work of his spiritual brother.