The Piano Scene Of Ahmad Jamal 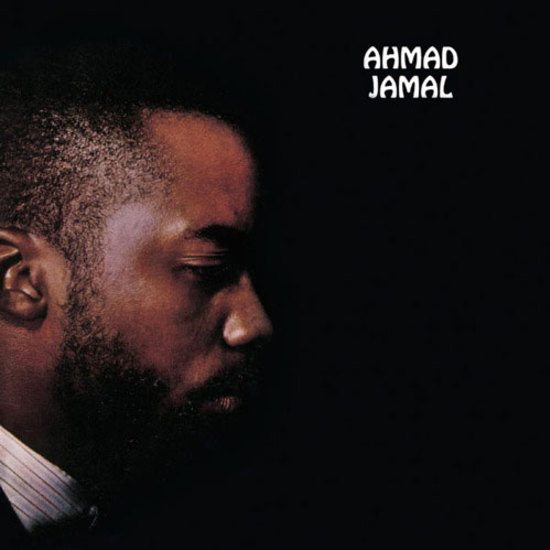 The Piano Scene of Ahmad Jamal

The early recordings made by Ahmad Jamal for the Epic label have disappeared into the annals of jazz history. His trio with bass and drums, however, was certainly a whole lot more famous in clubs, at festivals and in TV shows in the Fifties.

The present LP contains twelve numbers performed by a trio composed of a guitar and bass or drums – Ray Crawford, Eddie Calhoun, Walter Perkins only being known to a handful of jazz fans – and only a few compositions of his own, most titles are favourites from musicals of the day. Ahmad Jamal reveals the influence of Art Tatum and Nat King Cole in his performance, whereby his masterly art and independent style is already recognizable. The trios are quite unique in themselves, although the hierarchy is unchangeable: Ahmad Jamal is and remains the boss; he performs the majority of the solos.

A special highlight is surely the first version of “Billy Boy”. And not only Miles Davis praised the pianist for his technical prowess and wealth of ideas. “Aki And Ukthay” (Brother and Sister) also offers the possibility to admire Jamal’s pianistic proficiency.

What a good idea to bring out these early recordings once more for jazz lovers! Especially because the Epic label is truly underestimated in the record market. The recording quality is absolutely impeccable – a true listener’s gem.