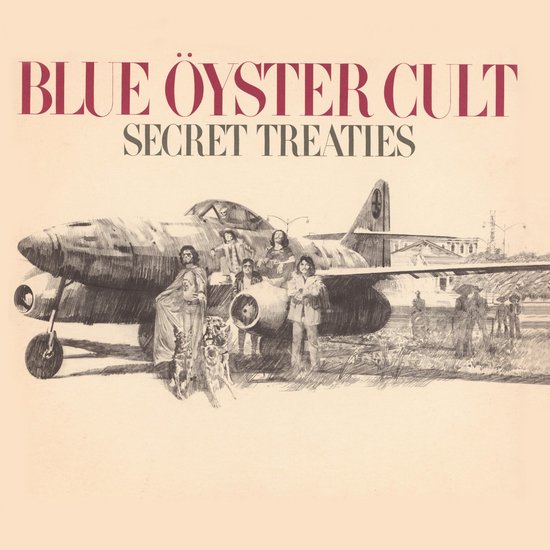 Back in the days of hard rock and surrounded by fierce competitors with such great names as the Doors, Black Sabbath and the Rolling Stones, a band had to attract attention with far more than histrionic pathos, biker boogie, an adept lead guitarist and a sharp-tongued singer. The band Blue Öyster Cult, founded on Long Island in 1971, possessed all this and much more, relating short scenarios in their lyrics, which conjured up people’s imagination. Rolling Stone magazine enthused that it was »like listenin’ to Hitchcock and Kubrick swap stories about their wet dreams«, and that the group »mix aesthetics and ass-kicking rock to such good advantage«.

In their third studio album “Secret Treaties”, BÖC reached the pinnacle of their musical evolution with such memorable songs as “Career Of Evil”, “Subhuman” and “Astronomy”. The lyrics have literary value but are certainly not intended for sensitive souls – the phrases are direct and intentionally drily articulated. The music is as blatant and extroverted as the lyrics: the guitar sound is steely and straightforward, occasionally padded out with a see-sawing Hammond groove, and topped again and again by wonderfully rough string solos that speak the language of hard, merciless and full-bodied rock.