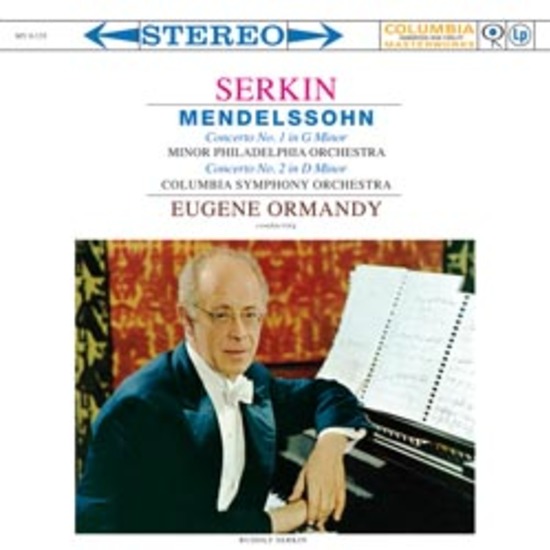 That Mendelssohn was a genial composer and piano virtuoso is very evident in his piano concertos. Written in his youth, his first piano concerto is full of élan and power, with grand gestures in the themes and an early masterly command of symphonic development, which is continued – though rather more subtly in the second. This music also testifies to the 22-year-old’s superb command of his favourite instrument. To this day young pianists at music competitions all over the globe emulate such artistry.

Such Olympian efforts were not for Rudolf Serkin, who approached the virtuoso works at the end of the Fifties with all the maturity of a ‘grandseigneur’. With amazing accuracy and the most delicate touch he unfolds the tightly-knit music, illuminating the flowing melodies and figures with a candid, clear brightness and thereby painting a warm, romantic and colourful landscape with finely – yet firmly – drawn lines. Thanks are due to the wonderful recording technicians whose expertise has made this LP a true masterpiece.