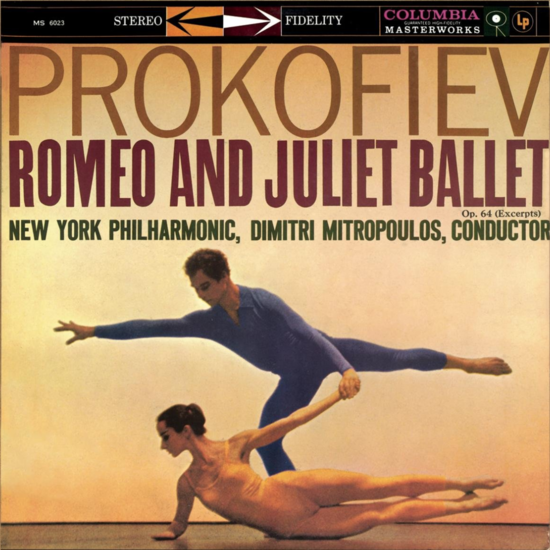 Dimitri Mitropoulos was certainly not one of the recording industry’s favourites. His repertoire was far too modern and was judged too risky by record companies since it did not guarantee a commercial success. This was very probably the reason that he was replaced by the charismatic Leonard Bernstein as Principal Conductor of the New York Philharmonic Orchestra. But his audiences loved him all the more, perhaps because they wanted to be challenged when listening to his music-making.

Just how worthwhile such a challenge can be is proved by this recording from his New York period: Prokoviev’s Ballet Suites with their richly orchestrated music are totally effective even when not staged. From the carefree gaiety of a Folk Dance, then to the lyrical sweetness of the Love Theme, right up to the “Death Of Tybalt” with Prokofiev’s hard, grim orchestral vehemence, Mitropoulos gets his New York Philharmonic to pull out all the stops. Not only is the stereophonic sound truly excellent for the technical standard of its day: the superb recording technique and heartfelt artistic dedication have resulted in a recording which possesses all that is needed to underline the legendary greatness of this Greek maestro.