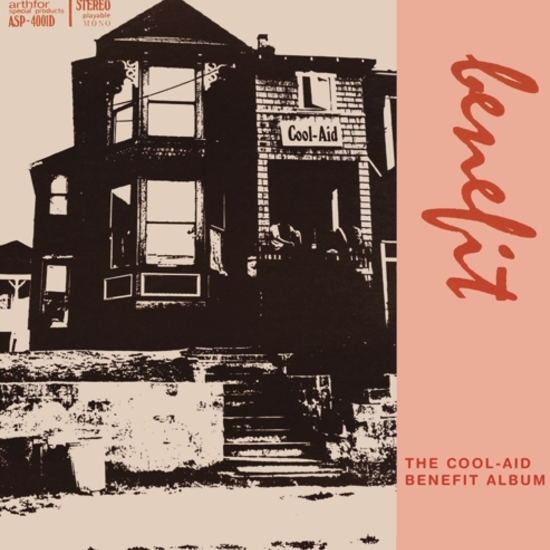 At the end of the 1960’s, there was a house in Vancouver that was a home solely for Hippies and homeless youth; it was known to locals as “the Cool Aid House.” When the Canadian government withdrew funding in 1970, the house was in danger of closing. All of the top bands in the Vancouver area offered to record songs for a benefit album—and since the local music scene produced some of the best bands in Canada, the album that resulted was stunning; it has long been a much sought-after collector’s item. What no one knew until recently was that the original “Cool Aid Benefit Album” was intended as a two-record set: contractual problems with Capitol Records forced Cool Aid House founder John Walsch to drop tracks by Mother Tucker’s Yellow Duck—tracks that are now restored to this package. Other cuts include the strange proto-electronic burbles of Mock Duck (quite unlike almost everything else they ever recorded) on ‘As the Bullet Enters Anton’ and ‘Pointillistic Scherzo’; the vicious snarl of Black Snake’s ‘Carousel,’ and the strange Spalding Grey-ish acoustic song/poem ‘The Planet Man.’ Hydro Electric Street Car have left little behind them, but their lovely ‘High Memory’ sounds like a lost Grateful Dead track from their early, dreamy period. A terrific discovery!