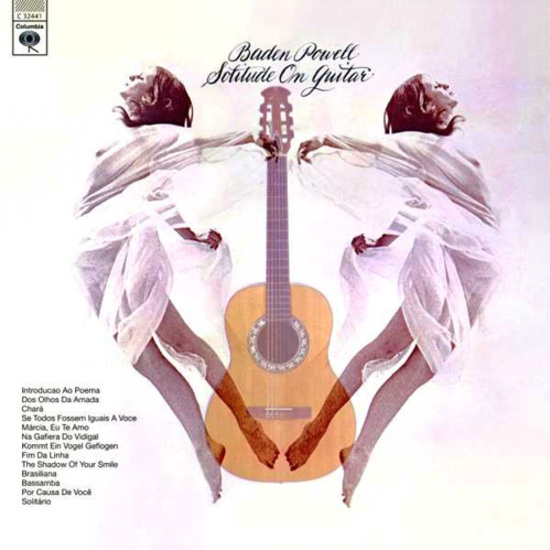 The acoustic guitar shares the same destiny as so many music companies: almost all of them dabble with the six strings at some point, many attempt to play entertaining harmonic roulette with it, but only a few really make the grade. Baden Powell belongs to the small circle of guitarists whose early virtuosity is perfectly combined with a keen sense of harmony. Powell demonstrates this special talent in his slow numbers in particular, in which broken chords are developed like a bud opening out to a blossom. He guides the listener cautiously through his melodies in that he makes a tiny pause before a harmonic change. Full timbre and lightness are not a question of what is written down on the manuscript but result from a powerful performance, as is shown by the totally un-Brazilian, gentle major-minor key version of the children’s song “Kommt Ein Vogel Geflogen”.

Naturally, the wonderfully crafted, animated and bouncy bossas flow along easily. As befits the album’s title, the guitar is in the limelight here, driven on, held back, and then propelled forward by the rhythm group. The ballad “Se Todos Fossem Iguais A Voce” is strongly recommended to whet your appetite for the bossa “Na Gafieira Do Vidigal”.