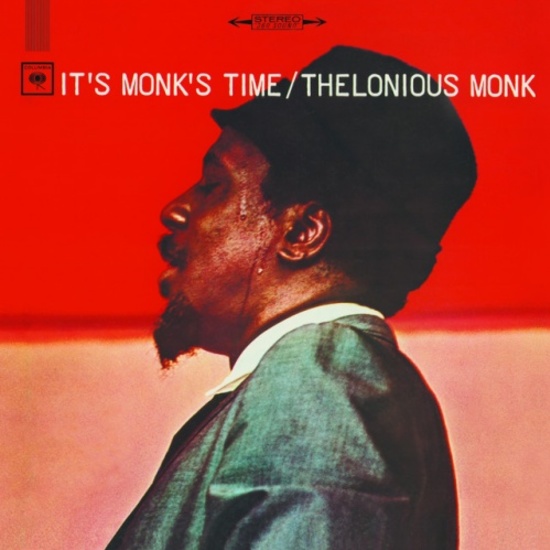 With its three compositions by Thelonious Monk, one might call this LP from 1964 “3 Standards and 3 Monks”. The ‘High Priest’ of bebop had reached a further pinnacle in his career and performed with his fantastic, skilful and well-rehearsed quartet at numerous festivals and concerts. As if in a dream, the musicians penetrate the apparently simple yet rhythmically complicated themes, interrupted again and again by Monk’s solo escapades on the piano. On the stage, Monk often stood up and jigged around the piano like a lumbering dancing bear, with one of his distinctive hats on his head; he plonks down on the piano stool after the Charlie Rouse solo; his enormous feet tap back and forth to the beat; he constantly fiddles with the ring on his finger; and he creates the most wonderful improvisations ever heard with his ‘false’ fingering.

Calling all jazz fans: Listen to Thelonious Monk, and you will have a ball – most especially if you put this super disc with the promising title “It’s Monks Time” on your turntable!