The Pink Panther (Music From The Film Score) 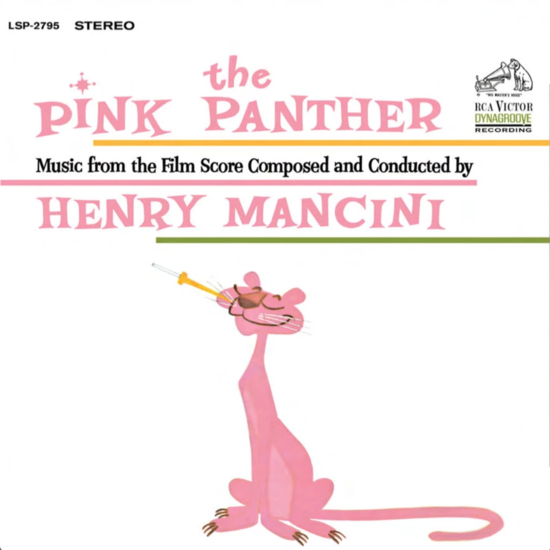 The Pink Panther (Music From The Film Score)

The film director Blake Edwards brought into existence what is probably the best opening sequence to his comic crime film when he commissioned a young enterprising company to produce an animated Pink Panther cartoon film. The creative team came up with the idea of giving the cold, glittering diamond the guise of a cool, pink panther, which leads a bungling detective on a merry dance to the slinky sound of the Panther theme.

Mancini would not be Mancini if he did not bathe the film location – the skiing resort Cortina d’Ampezzo –in highly varied musical colours and genres. His well-known love for dance music finds itself in the samba (“It Had Better Be Tonight”), the shuffle (“Champagne And Quail”), and the cha-cha (“Something For Sellers”). But also the ballad, sung by a muted trumpet and saxophone (“Royal Blue”), or the simple combination of keyboard and strings (“Piano And Strings”) are all woven into the story. One of the most memorable and delightful sounds is that of the accordion, whose melodies evoke an atmosphere that is filled with the Bohème, Paris and the sound of the musette. This music is never gaudy, but subtle, just like a panther padding quietly along.