Breakfast At Tiffany's (Music From The Motion Picture Score) 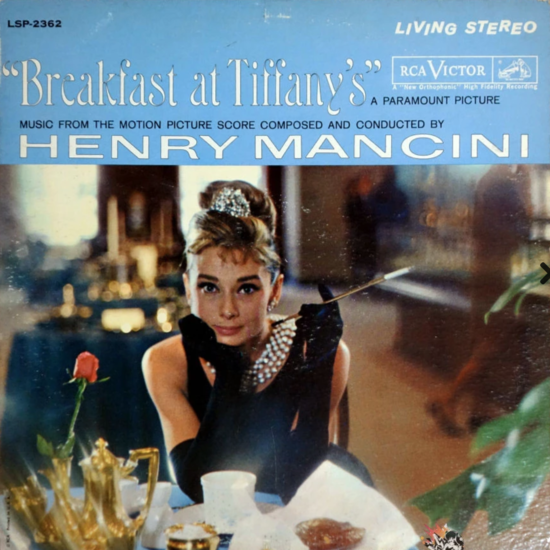 Breakfast At Tiffany's (Music From The Motion Picture Score)

Long nights, dizzy parties, a variety of men-friends, and breakfast standing before the window display of the famed jewellery company govern the life of the dazzling Holly Golightly, who has in reality a very ordinary name and poverty-stricken background. All the more rich is the musical carpet that Henry Mancini lays beneath the feet of the exotic, wealthy-husband-seeking socialite. The tender, plaintive worldwide hit “Moon River” apart, Mancini and his Hollywood musicians mix a sugar-sweet sound with enough acrid elements to glaze over the capricious lady’s character. The cool big band sound is spiced with a bold trumpet solo (“The Big Blow Out”) and mellow violins with a suspiciously tame male choir (“Breakfast At Tiffany’s”). As is well known, there is a great deal of dancing in the film, including a number with a Latin-American rhythm (“Latin Golightly”), and a grooving mambo (“Loose Caboose”). At the end of the film even the “Moon River” swells to become a bubbling cha-cha, as though to say that a ‘happy end’ must in no way sound sentimental.