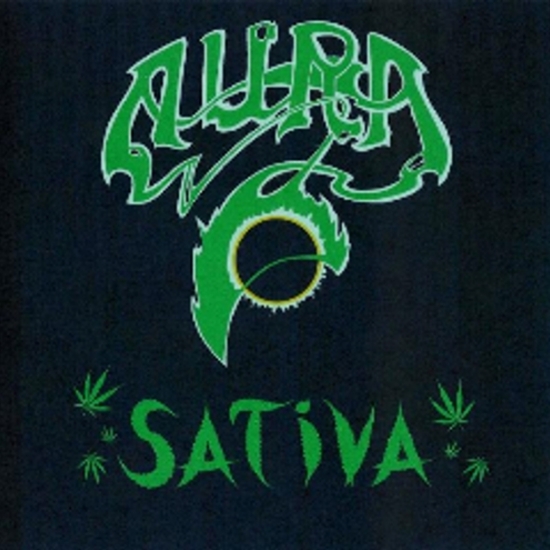 Aura was a San Francisco Psych-Funk band that formed in 1974 and played extensively throughout Northern California. By 1976, the band recorded their first and only album at Pacific Recording Studio in San Mateo. The original title of the album was meant to be “Sativa”, but out of fear that promoting the joys of marijuana would be too controversial, the band omitted the title and just left it as “Aura”. Over the ensuing decades, the Aura album has grown in stature to become a major soul/funk collector’s item. In 1991, the Oakland hip-hop band,“Oaktown’s 357”(MC Hammer’s Salt-N-Pepa type band) sampled ‘Mess Up Your Mind’ for their song ‘Turn It Up,’ which also helped to raise the profile of the Aura album to cult status.

As a strange side note, it was the producer of underground psychedelic band the Lemon Drops, Reggie Weiss, who wrote the psych-funk title track, ‘Sativa’ (a parody of The Champs hit song ‘Tequila’, with water pipe sound effects and blistering guitar leads by former Lemon Drops guitarist, Eddie Weiss) and ‘Skyrocket’ (with manic fuzz guitar). The lead singer of Aura was Paulette Collins, who still performs around the Bay Area today with an all-girl group called The Taylor P. Collins Band.

Replete with rare band memorabilia and three previously unreleased bonus tracks, the lone album of Aura is now available for the first time on CD, (thankfully) from the original master tapes. The album is a heavy slab of Bay Area history, as well as a psych funk masterpiece that cannot be denied.