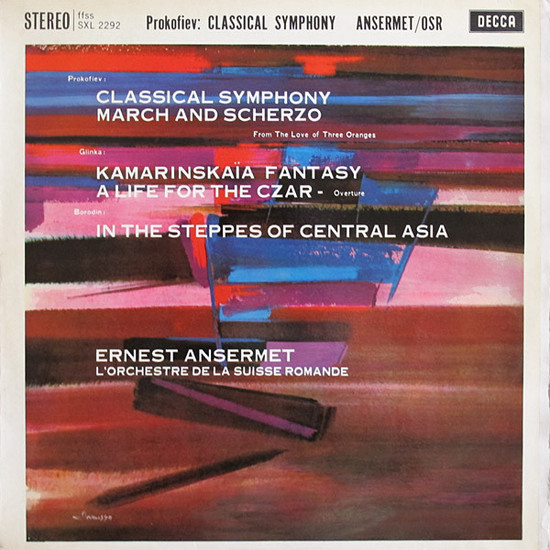 Thankfully musical genres have been spared from being described with new buzz words such as ‘Kleinkunst’ which could be translated as ‘Small Arts’. But music in small forms – maybe set down on just a few pages of manuscript paper – certainly exists. Prokofiev’s miniature, the “Symphonie classique”, combines several superlatives as regards both its musical notes and form: it is only 15 minutes long, contains a wealth of melodic ideas, and is the most performed of all Prokofiev’s symphonies.

This four-movement composition employs traditional forms such as the sonata form in the outer movements and the pre-Classical dances menuet and gavotte. The work’s carefree esprit, serenade-like humour, and courtly elegance is delightful throughout and culminates in a high-spirited ‘sturm und drang’ Finale.

On the B side is Glinka’s “Kamarinskaya” Fantasia, only eight minutes long but captivating with its extremely closely-knit compositional style, and his Overture to “A Life for the Tsar” – a showpiece whose leitmotifs are truly forward-looking. Alongside these classical-romantic musical gems, Borodin’s “In The Steppes of Central Asia” acts as an ideal programmatic amalgamation of the Orient and the Occident, and fits perfectly into this choice of repertoire.