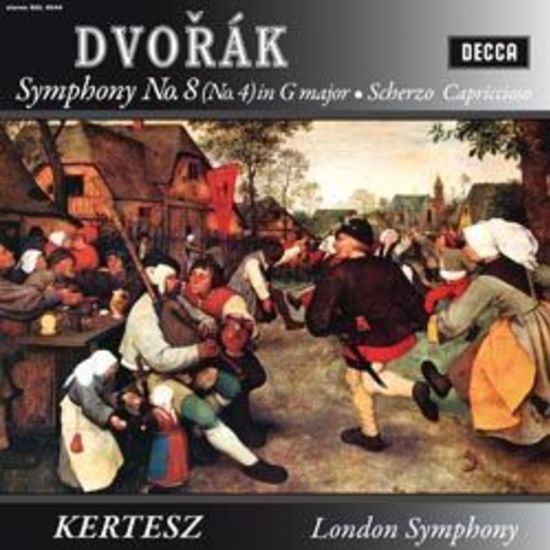 In comparison with Dvorák’s cyclical Ninth Symphony, the Eighth always seems to fade into the background somewhat, although it is actually far more venturesome as regards its formal structure than its later sister-work. The wealth of poetic mood paintings, heartfelt melodies and seemingly improvisational episodes were described by the composer as unique ideas upon which he elaborated in a completely new way, and which were intentionally far removed from his other symphonies.

In spite of the highly individual movements, the whole composition is full of airy, lyrical contrasts. The transitional passages are gentle and flowing, as for example in the chorale-like opening which leads into the disciplined, spirited main theme of the first movement. This is followed by a rhapsodic slow movement and a waltz-like Allegretto, and finally a strangely interwoven amalgamation of sonata form and set of variations.

During the course of his short career, István Kertész championed Dvorák’s Symphonies in that he was the very first to record the complete works for the DECCA label. For this reason alone, the recording constitutes an excellent performance by the London Symphony Orchestra led by its Hungarian principal conductor.