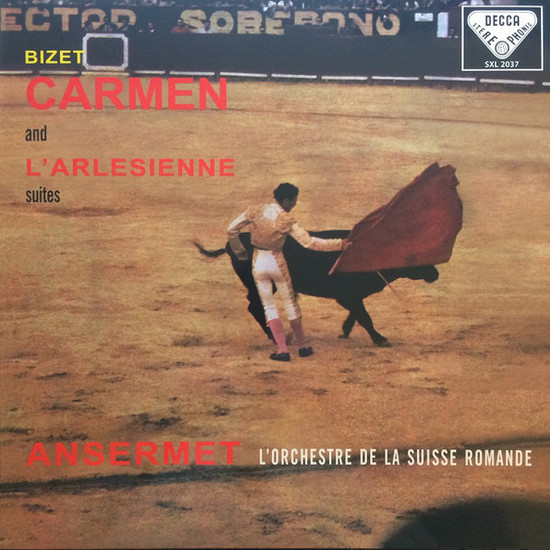 The 19th-century suites with their collection of favourite songs and instrumental excerpts from operas are the clear forerunners of today’s ‘Best-Of’ culture. The “Carmen Suite” was assembled after Bizet’s death and brought the operatic masterpiece into the concert hall. The overture is fresh and rousing, the toreador theme marches in proudly and purposefully, followed by the destiny motif in the minor key which burns itself into ones ear and mind. With every bar it becomes obvious that this suite is not so much a series of excerpts but rather the true substance of its creator’s musical ideas.

All that remained of the five-act play “L’Arlésienne” after its unsuccessful premiere was Bizet’s incidental music, which he himself orchestrated lavishly and premiered with success. Similar to “Carmen”, popular melodies are treated with the composer’s own unique style to make them ageless, and Ernest Ansermet and his orchestra stages them delightfully for all eternity.