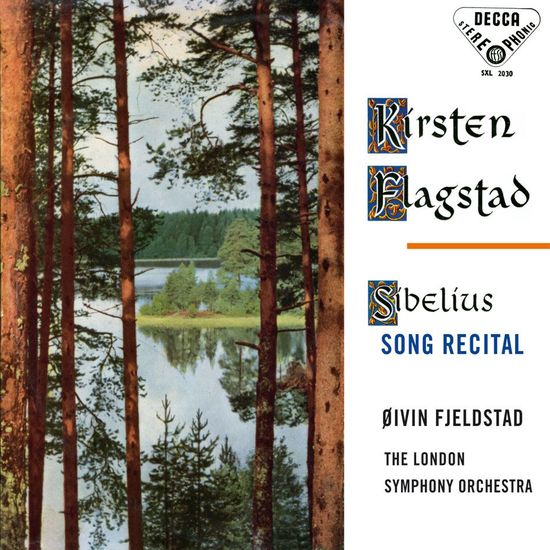 Jean Sibelius (1885–1957) composed songs from the beginning almost to the end of his lifetime. Shortly before his death, he arranged the piece, which closes this album, “Kom nu hit, Död”, and so opened a stylistic gateway to Modernity. All the songs in this collection were composed around 1900 and are filled with Late Romantic harmony, a glorious sound and emotional feeling. The song “Svatar Rosor” is immersed in an alternating bath of major and minor to evoke a dramatic and tragic mood, while the wonderfully colourful “Den Första Kyssen”, op. 37 no. 1 depicts in music a girl’s dialogue with the evening star. And with “Flickan kom …” op. 37 no. 5 and “Var det en dröm” op. 37 no. 4, a powerful vocal drama is placed alongside a lyrical gem. Of the latter work Sibelius allegedly said: »Here you are, this is my most beautiful song!«

Without a doubt, Kirsten Flagstad is the ideal singer for this repertoire. Her highly dramatic soprano voice rises monumentally over the surging orchestral sound but dims down appropriately and effortlessly in the hushed passages. Wagnerians, Strauss lovers and fans of grand romantic gesture will thoroughly enjoy this LP.