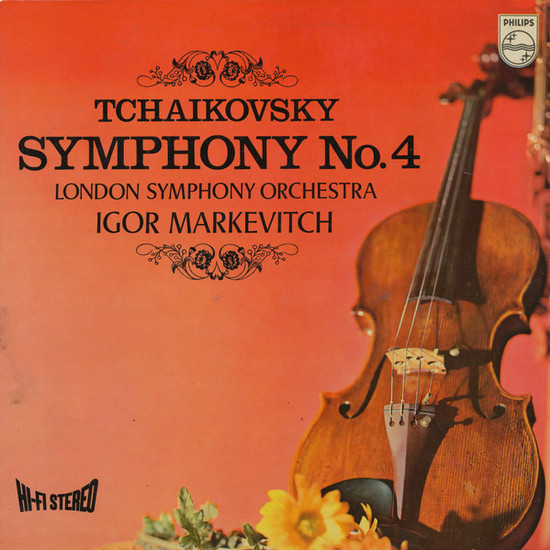 Does it make sense to revive an early stereo recording of one of the most recorded works and put it on the market again? Certainly a valid question when one considers the enormous number of recordings of Tchaikovsky’s Symphony No. 4. But when one listens to the Russian maestro’s mature work, it become quite clear why there is such a flood of recordings – although one often has the feeling that they are taking part in a musical Olympics, trying to go faster or louder, rather than achieving musical depth.

With his unfailing, meticulous analysis of the score, Markevitch demonstrates just how much substance lies between the fateful, morbid fanfares on the brass at the beginning, the phantasmal arabesques of the pizzicato third movement, and the explosive, intoxicating finale: a dancelike verve that is reminiscent of his opera “Eugene Onegin” which was composed at the same time, the rising up and ebbing away of the passionate melodies, and the close-knit interplay of the voices allow us to share in the elation and enthusiasm Tchaikovsky felt during the work’s composition. But why this particular recording? Because Markevitch shows that the key to a thrilling Tchaikovsky recording lies neither in sheer force nor superficial exaltation and a swift tempo, but in resoluteness, great perceptiveness for the melodies, and a passion for detail.