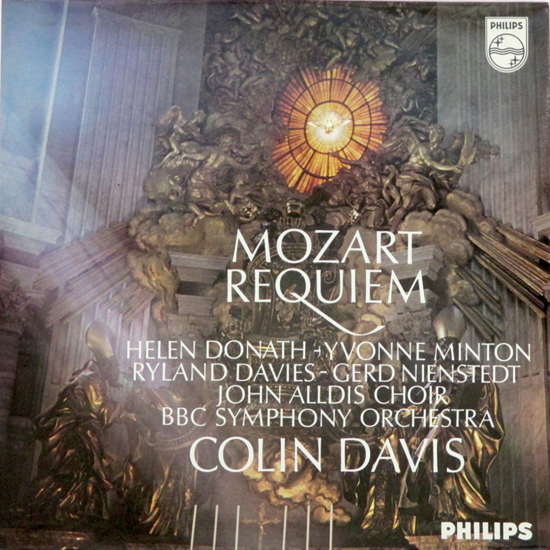 Among all those sacred compositions that deal with the end of life, Mozart’s Requiem penetrates one’s heart and soul like no other apocalyptic work. One reason for this is surely the rather mysterious story surrounding its composition, a mixture of truth and legend, which arose during the arduous last months of the ailing Salzburg composer. Although the various developmental stages and the extent to which Mozart’s pupils participated in the composition may never be fully clarified, the mystical power of the enigmatic fragments remains constant to this day.

Sir Colin Davis lends an immediate relentlessness to the sounds of despair that is already apparent in the tense, pulsating opening bars, and which is taken to the very limits of playability in the climactic “Dies irae”. While the swift tempi might appear rather surprising, they serve to dampen any sort of opera-like sentimentality of which many recordings are guilty. The consolatory timbre in the vocal parts make them come across as oases of calm in the prevailing atmosphere of biting cold, fearsome drama, and flickering hope, all of which breathes musical life into this mass for the dead.