The Captain And Me 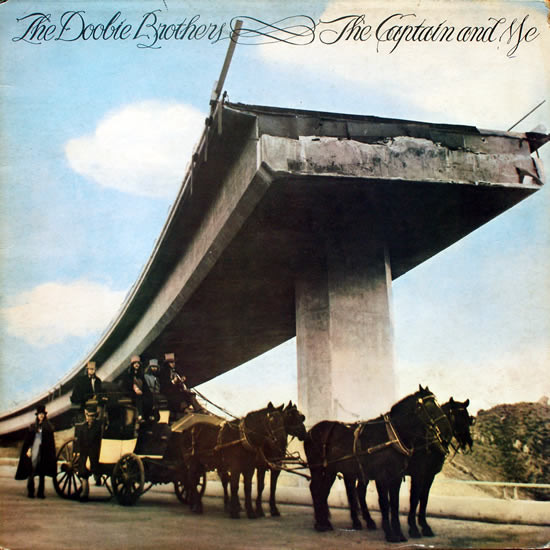 The Captain And Me

The Doobie Brothers weren’t brothers, nor were they called Doobie. The band started life as Pud in 1969 in Chateau Liberté, a club in the mountains of California. The group took on the slang name for marihuana cigarettes (doobie) one year later. The Doobies’ music, however, never sounded like that of befuddled, half-stoned junkies. Heavy metal hard rock was their thing which made their record company Warner target the bikers of the rocker scene. The idea backfired, though, because the band had far more to offer than explosive hard rock.

The album “The Captain And Me” is considered to be the group’s most concentrated and versatile production since it contrasts aggressive, hard numbers with gentle ones full of melodiousness. The very first number, “Natural Thing”, shows how winsome vocal folk music and electric guitar riffs can be amalgamated into rock music. Amongst these titles, decidedly angry numbers such as “Without You” and “Evil Woman” became real trailblazers. Now and then, an extensive harp solo or nonchalant licks from the acoustic guitar remind one of the pungent bluegrass style emanating from the South. That even the sweet wailing of the steel guitar (“South City Midnight Lady”) finds room for expression seems quite logical in this well-thought-out musical concept.