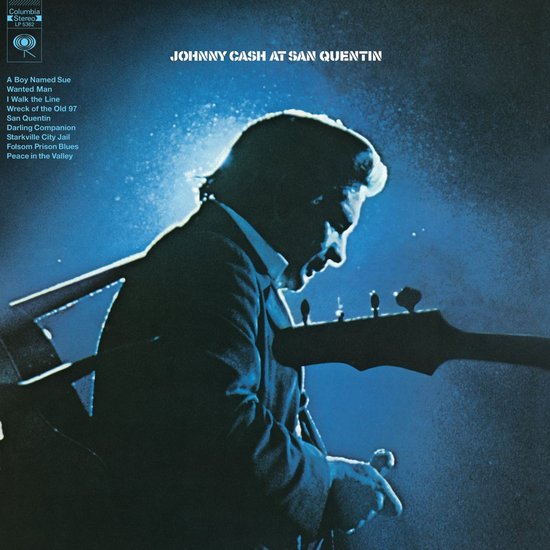 Johnny Cash was a country legend even during his lifetime, although, or perhaps because, he was very different from the numerous country singers with chequered shirts. When performing he chose to wear black as a symbol of solidarity with the oppressed and those who had no rights. His chosen outlaw image was just as convincing as the train-like boom-tiddy-boom sound of his rhythm group who lent their typical sound to many of his 500 songs.

At the very zenith of his career, Cash (who himself had committed a few minor offenses) had the idea of singing and playing for the bad guys behind the prison walls for nothing. Initially his suggestion to market the live recording was rejected, but finally his record company decided to release the album “At Folsom Prison”. Fired by the success of his jailhouse recording, Columbia Records released “At San Quentin” shortly afterwards. The recording, in which Cash and his combo were frenetically applauded more or less at the end of each verse, exceeded all expectations. Today it is still considered by Cash fans to be the best live recording by the ‘man in black’.