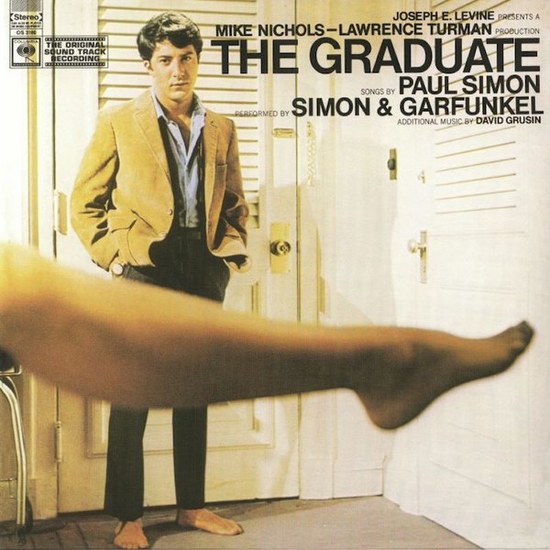 With his film “The Graduate”, which was crowned with an Oscar and five Golden Globes, director Mike Nichols created far more than just the story of the erotic initiation of the college graduate Benjamin. Not only the scenario but also the production modalities were revolutionary. For the very first time the crusted morals of the American upper class were attacked by means of film, an Alfa Romeo – a European car – was advertised most effectively, and a soundtrack was put together from already existent, successful pop numbers. No words are really necessary about the music, since numbers such as “Sound Of Silence”, “Mrs. Robinson” and “Scarborough Fair” have entered into the annals of musical culture ever since they were used in the film. It is astounding to note how seamlessly the various works fit snugly into the film’s context, as though they had been specially written for the scenes.

This soundtrack is a monument to Dustin Hoffman, who played his first big role in the film, and it catapulted Simon & Garfunkel right to the top of the list of ballad singers. But it also recalls to memory the peppy, instrumental insertion numbers by Dave Grusin, who virtually fell into oblivion after all the hype about this provocative movie.