Child Is Father To The Man 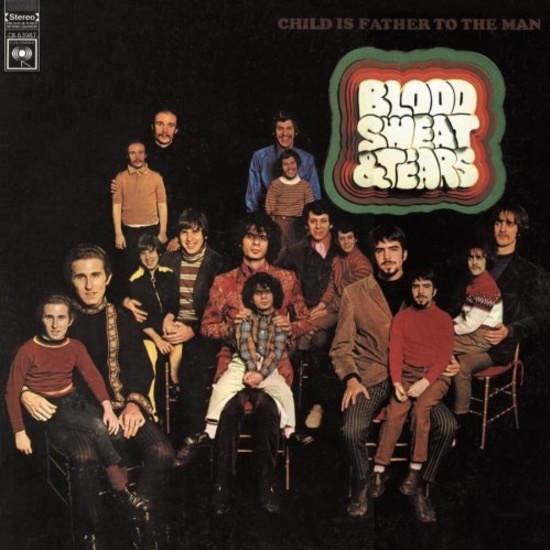 Child Is Father To The Man

There’ll be disappointment in store for those who expect to hear the voice of David Clayton-Thomas when listening to the present Blood, Sweat And Tears LP, “Child Is Father To The Man”. Experts will know however that on the group’s very first album they will get to hear the excellent Al Kooper. The man is far more than a singer, for he not only plays the piano and various other keyboards but has also composed almost all the numbers and made the arrangements for the string ensemble.

Bluesy pieces such as “I Love You More …” and “I Can’t Quit Her”, and the vocals from Al Kooper are the real gems here, although the whole album – held in the tradition of the Beatles’ “Sgt. Pepper” – is a real pleasure from beginning to end. The amalgamation of pop, classic and jazz, which was made so popular in the Sixties by such groups as Chicago Transit Authority, Colosseum and Soft Machine, is here combined by Blood, Sweat And Tears with the acid-folk-rock mix emanating from San Francisco. It even had the potential to become a new American form of music. It is interesting to note that the LP achieved gold status after the release of “B, S&T 2”, which brought the earlier album to the attention of the record-buying public.

Just put any prejudices aside! Then jazz and pop fans will then find that they have discovered one of the very best and most enjoyable albums from the late Sixties.