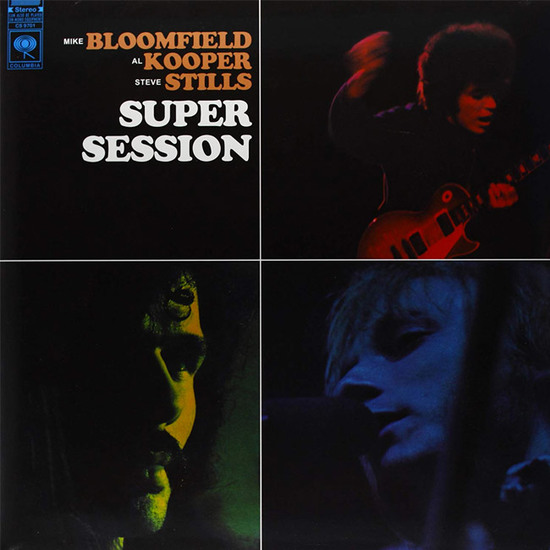 The musicians are aiming high with their desire for a “Super Session”, for it’s not something that can be planned. Only when the time, place, and audience play along, when one’s lucky star is shining brightly, and the musicians have a good day, then one of music’s great moments might be captured on tape. Not forgetting the recording technicians who also have to be in the mood!

In 1968 this all happened to be the case with the majority of the nine numbers on the Columbia LP: “Season Of The Witch” (written by Donovan) in its present version is one of them, as well as “You Don’t Love Me” and the Dylan classic “It Takes A Lot To Laugh, It Takes A Train To Cry”. All in all, one must consider the numbers with Steve Stills as most successful in the sense of a session because here each musician inspires the others. In the super session with Kooper and Bloomfield, the guitarist stands in the limelight while the other musicians back him up.

Very often the three soloists even surpass the greatest moments of their own groups (Al Kooper’s Blood, Sweat & Tears; Mike Bloomfield’s Electric Flag; Steven Stills’s Buffalo Springfield). In 1968 the magazine Rolling Stone judged this album to be one of the best releases of the year: an accolade which is completely justified and is still valid to this day. What better reason to get your copy of this “highly recommended” album without delay.