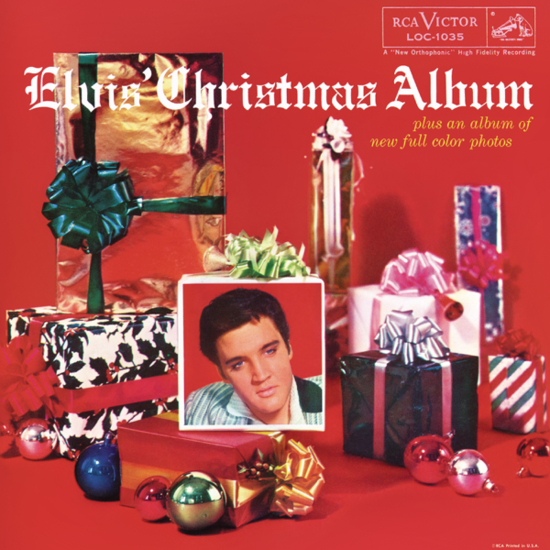 Wild rock’n’roll and Christian spirituality at Christmastide are impossible to bring together musically, one might think. But Elvis, who in the Fifties was climbing as steadily up the ladder of success as Father Christmas coursed the sky in his sleigh, certainly pulled off this feat in his “Christmas Album” with its mixture of popular Christmas songs and seasonal evergreens. The ‘King’ delivers a rocking version of “Santa Claus Is Back In Town” just as successfully as “Peace In The Valley”, an inspirational gospel song praising nature. Of course it goes without saying that “White Christmas” – the most-recorded Christmas hit, which in the Bing Crosby version alone achieved sales of 35 million – is included on the album. And Elvis’s sentimental interpretation of “Silent Night” may well have made its contribution to the immortality of the former truck driver from Tennessee. Back on this earth the original LP exchanges hands for around US$ 500 when the gift tag is still attached. And because it’s Christmas, the coveted sticker can be found on the re-release.