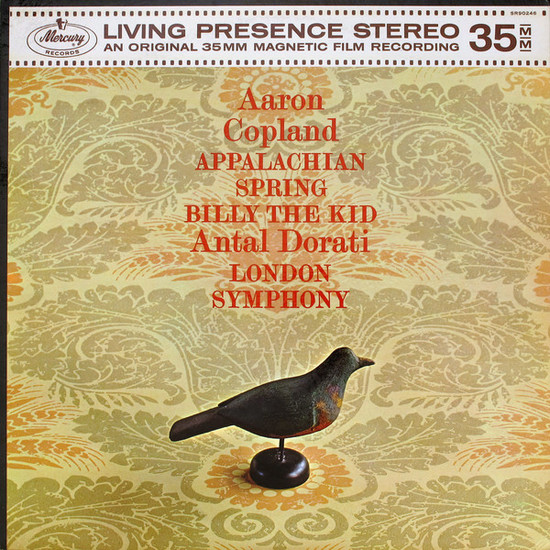 Aaron Copland is among those Americans whose compositions have found worldwide recognition. Measured against his long lifespan (1900–1990), his creative phase was relatively short, and indeed he hardly composed at all from the Sixties onwards. His most important works were his answer to the musical crisis of the Thirties, and he has gone down in history as having greatly influenced the development of New Music in the USA.

The ballets “Appalachian Spring” (1944) and “Billy the Kid” (1938) are considered to be key works of their day. Both have folkloric traits, which brought Copland the reputation of having a penchant for borrowed melodies. In reality, the well-known tunes are very subtly treated and modified, and are incorporated into large-scale, defined forms.

Now and again, melodic echoes of Mahler’s music or highly rhythmic exposed passages reminiscent of Stravinsky flash through. The ballet “Billy the Kid” is thoroughly American. Arranged in orchestral ‘wide-screen sound’, as it were, cowboy melodies glow with the very best Wild West tradition, and are bedded in a dramaturgy which is almost ripe for a film soundtrack. The signal to Hollywood is virtually unmistakable. That is America.