For Lp Fans Only 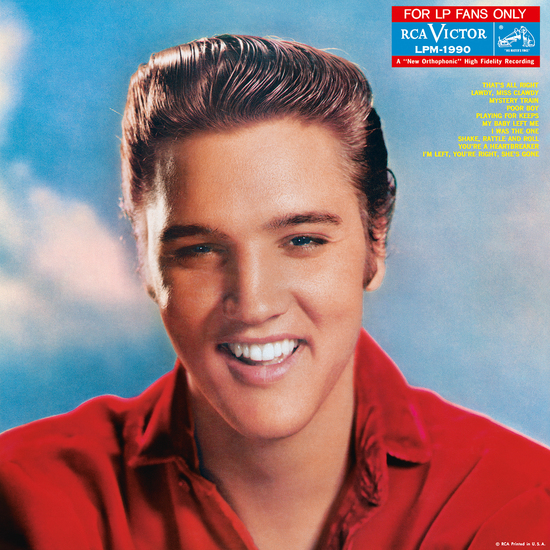 For LP Fans Only

Along with the album “A Date With Elvis” (RCA LPM-2011), “For LP Fans Only” is one of the most important special productions of the young King of Rock’n’Roll. Because Elvis had been conscripted into the US army, no new recordings could take place, and so record producers delved deep into the sound archives and dug out a few singles from his Sun Records days, mixed them with a couple of early RCA songs and a number from the “Love Me Tender” soundtrack, and, hey presto! a new Elvis LP was born. The overwhelming success of this album is not solely confined to the stylistic homogeneity of this collection of fresh, youthful songs. Far more, it’s because for many fans the record offered the only substitution for the highly coveted but rare original singles “That’s All Right”, “Mystery Train” and “My Baby Left Me”.

Not without reason has today’s ‘bits-and-bytes’ generation ignored the words on the cover and produced several re-releases. Which just goes to emphasise the widespread opinion that this is one of Elvis’s very best albums and at the same time one of the most important in the whole of rock’n’roll – especially in the present vinyl pressing.