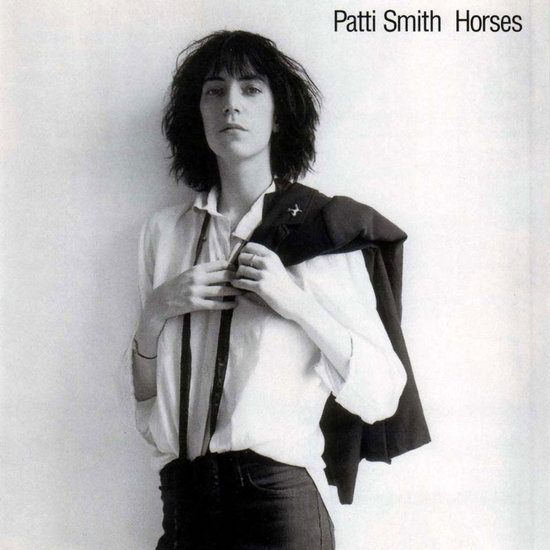 Patti Smith, »the first published poet to move her poetry completely into rock ‘n’ roll and to entice experimental rock fans into the forbidden cinema of her hallucinatory fantasy« (New York Times), began her musical career unconventionally. It took off at a poetry reading where she was backed by Lenny Kaye on guitar; later star photographer Robert Mapplethorpe financed her punk-rock cult single “Hey Joe”.

In 1975, encouraged by her success, Patti Smith released “Horses”, an album in which she fused rock riffs and spoken rhythms to create a punk-trash sound. The rock scene was electrified, raging about »the best garage sound of the 70s« (“Creem Magazine”) and conjectured that Smith had »drawn up material from Rimbaud, Burroughs, Dylan and Velvet Underground into a hot needle and injected it under the skin« (“Sounds Magazine”).

Later productions were dismissed as sentimental and self-loving outpourings, since the rock-poet didn’t continue in the same vein as “Horses”, with its metallic harshness and raw language. That’s why this recording remains an impressive unique production by a visionary rock ’n’ roll singer.