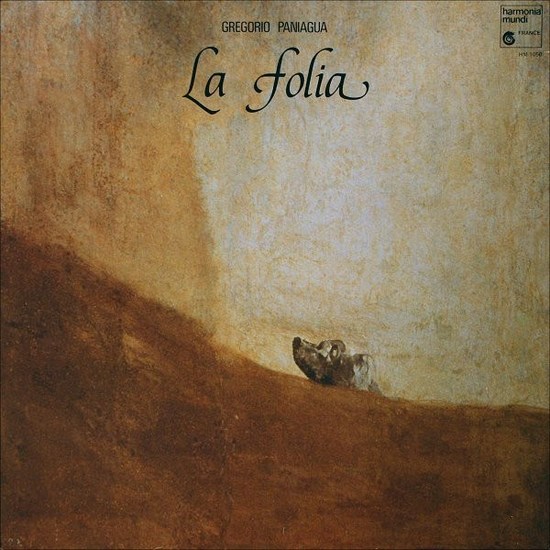 First mentioned around 1500 in Portugal, no forms or melodies have come down to us for the Folia. Described by historians as a noisy dance which was performed by masked and disguised figures who leapt about as though they had lost their reason, a tranquil, sarabande-like form asserted itself in Europe in the early 17th century.

Grégorio Paniagua, director of the Atrium Musicae de Madrid, demonstrates once again his virtuosity in his treatment of historical material. His arrangements are not confined to medieval and baroque instruments but also employ a whole arsenal of percussion, such as various small drums, triangle, tambourine, castanets and xylophone. As the title of the LP suggests, the ensemble adds spice to the airy variety of timbres with a small touch of madness here and there. Unbelievably, a jazz solo is heard which recalls the “Pink Panther Theme”, and the Orient is conjured up by two Indian tunes (ragas) in which the sitar chirps passionately to the powerful plop-plop-plop of tabla rhythms.

With its high resolution sound which places a high demand on hi-fi equipment in order to get the best reproduction, this record is both cult and legend.