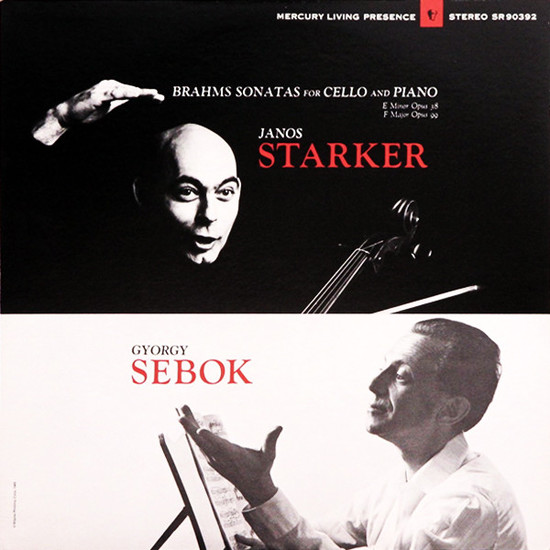 Brahms’s Cello Sonatas could well be described as “romantic expression dressed in classical garb”, filled as they are with the selfsame musical philosophy which is to be found in many of his instrumental works. Although 21 years lay between the two compositions, Brahms remained true to the formal musical language of the Viennese masters, and this brought him – and other composers of his time – the reproach of imitating Beethoven.

The unmistakable personal style of Brahms is reflected in the sweeping first movement which is in the manner of a serious song and calls for sensitive but by no means feeble bowing. Starker’s wiry, austere playing keeps a check on any excessive emotion and insteads brings the music to life with purity and in great detail. His mellow but keen insight into Brahms’s ingenious harmonies and the level-headed handling of such enticing tempo markings as affetuoso and apassionato are also beneficial when it comes to the Second Sonata. Here the ramified theme delights the ears not with fickle brightness but with down-to-earth noblesse. The staccato in the Finale is like a fire which does not blaze but glows intensely.